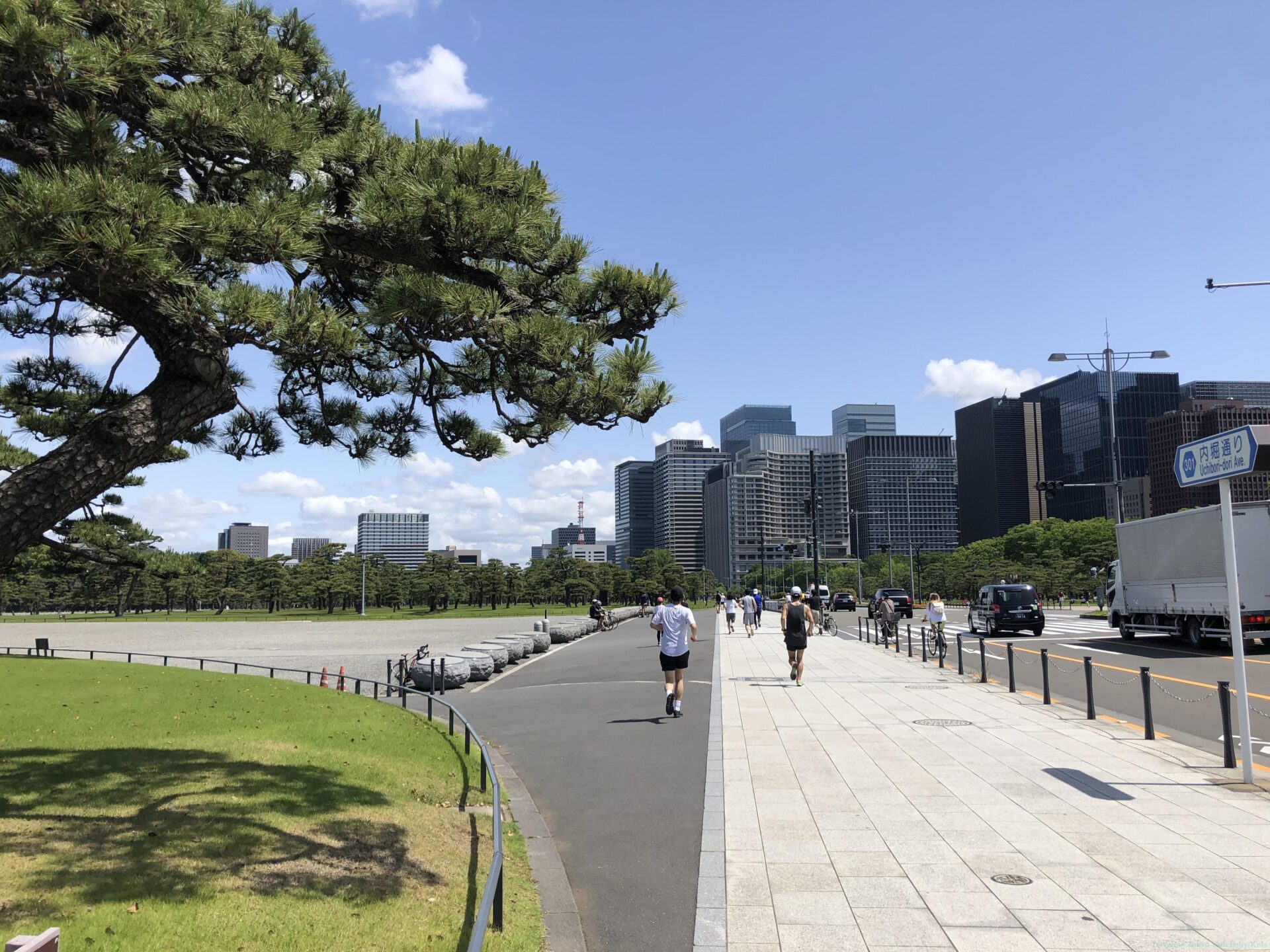 If you like jogging, why don’t you try this course while your stay in Tokyo?

About 5km, you can enjoy beautiful scenery and fresh air.

When you are visiting Japan with baby/kids, there are some ideas to enjoy together –
One is to run or walk with kids (if school kids), Two is to run by yourself while kids will have fun with some of your guardian in nice area near around, or hotel.

Basic rule here is “to run counterclockwise” and “to be considerate for other pedestrians“.

Depends on where are you coming from (hotel area), there are some popular starting points for stretch or cool down.

There are some benches and clean public toilet.
The closest station is SAKURADAMON station, or HIBIYA station.

Small scenic park on west side. Closest station is HANZOMON subway station.
There are public toilet and small playground for little kids.

To enjoy running by yourself, the best situation is that baby/kids are staying safely with some of your family at hotel.

In case you come here with baby/kids, they can have a good time at these spots below. (With some of your family guardian)
Running 1 round of Imperial palace is about 30-40min.
Mom or dad will be back very soon while you guys are playing there 🙂

One tip from my experience is that better bring some drinks or snacks for kids before you arrive this area, because there are no convenience store or kiosk around imperial palace.

—> Parks / Playground around Imperial Palace for family with kids

As the imperial palace run is very popular for runner, many running station has opened.
Rental shoes, wear, towel, shower… anything for jogging are available.
It’s nice to take shower at running station then keep enjoy sightseeing with family.

The East Garden of the Imperial Palace

About 1h by train from Tokyo, so overwhelmed by fo